It’s Not Just About the Pasta, Italy Delivers One Heck of a Sweet Treat ~ Gelato

Home / Home1 / It’s Not Just About the Pasta, Italy Delivers One Heck of a Sweet Treat ~ Gelato

In July we always head to Italy, which essentially means that we’ll be eating from their three main food groups: pasta, pizza and gelato. Over the years I have learned that resistance to Italy’s offerings is futile, especially with  my three year old who delights in her Italian culinary heritage. 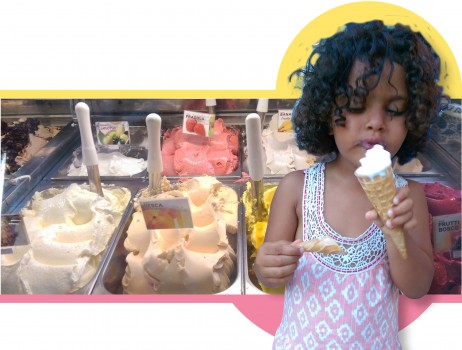 By far her favorite of the three is gelato and there is nowhere else in the world that makes gelato better than Italy. From the busy and popular Gelateria’s of Milan to the home grown Saint Marco Gelateria’s of Puglia, once here you’ll find that you can lick your way all through your entire visit. No need to fret as you’ll still be able to fit into your swimsuit since gelato is lower in fat than ice cream, which is one of the three main differences between them. The two others are air and serving temperature. 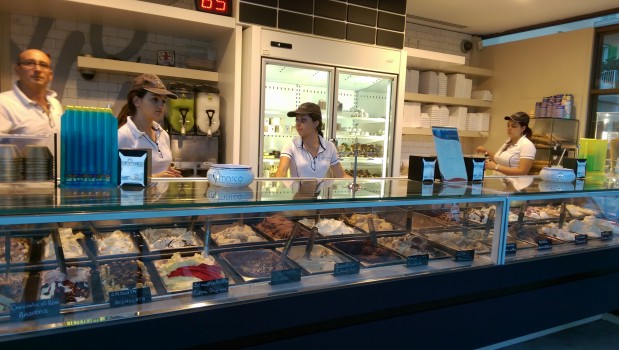 Gelato is made with a greater proportion of milk to cream, while ice cream relies more heavily on cream for taste and consistency.  If you wondered how all that dense flavor gets scooped into gelato, it’s all about the air. Gelato is churned at a slower speed than ice cream, which means less air gets incorporated, resulting in a more saturated flavour. Temperature is also key, as gelato is served at a lower temperature and has a looser texture, unlike ice cream, which is served frozen.

So you see gelato is not just a fancy way of saying ice cream.

Whatever your preference a cone or a cup, one scoop or three, the temperature in Italy during the summer can get as high as 35 degrees so licking your way to coolness is a great way to spend your vacation time.