You Ain’t Experience Culture Shock Until You Get to Bangalore

Missing a flight might bode ill for anyone embarking on a trip, but for me, it was a fitting start to an adventure that would read like a loosely-strung-together comedic sketch. My city of choice this time was Bangalore – the capital city of Karnataka – a bustling south Indian state that moonlights as India’s version of Silicon Valley.

It was my first (and unbeknownst to me, fateful) visit to India, and I was totally unprepared for the combination of misadventures set against the backdrop of a hot, crowded Indian city, that would make it one of my most memorable travel stories. 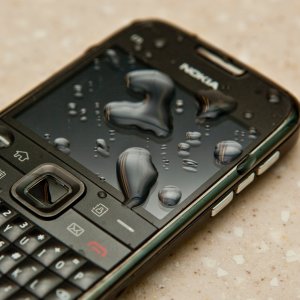 Missing my flight was only the first in the long series of unfortunate (and yet highly entertaining…to the innocent bystander) events that came to define this trip. This was also the one trip where I had stored all my travel information on my new smartphone, which then slipped out of my back pocket and nosedived into my toilet bowl.

The second of my list of misfortunes was Bangalore Belly. Though the condition is better known as Delhi Belly in India, I decided to rechristen my illness after the city I was in! Bangalore belly strikes swiftly and is gut wrenching. Within the week each member of my travel group had succumbed to the gastric scourge, which constituted numerous visits to the infamous toilet. Not showing up at breakfast time became the telltale sign that someone had one to many chapattis the day before, with explosive consequences. The spices in India may be colourful and exotic, but their relationship with your stomach can be a vilely upsetting one.

In India, there is no middle ground. You either love it or you hate it. Never before has a country so assuaged all my senses simultaneously. If you’re not used to it, it can quickly become overwhelming. Think fragrant spices mixed with the smell of warm bodies, enveloped in thick air. Aromas from roadside food carts interspersed with the lingering smell of cows. Food that awakens not just your palette but also mind. Ear-splitting street sounds that will have you reaching for your earplugs  to shield yourself from the incessant beeping traffic. Even your finger tips are bombarded by new textures – from the bumps and groves of whole spices to the luxuriant softness of silk and pashmina. Every smell, taste, touch, and sound in India seems larger than life.

In a country of 1.34 billion people, you cannot avoid the crowds. Here, the concept of “personal space” does not exist. Strangers sit almost on top of you, and if you happen to be standing in line, a simple sneeze would result in a collision with the back of someone’s head. Bangalore takes the phrase “up close and personal” to a whole new meaning. 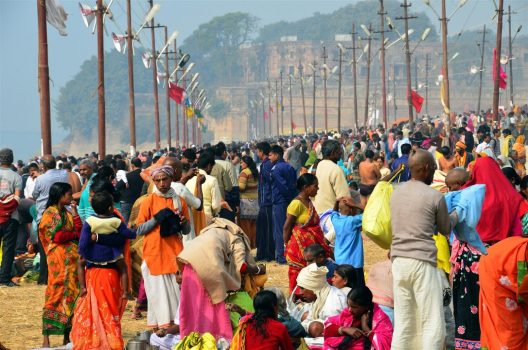 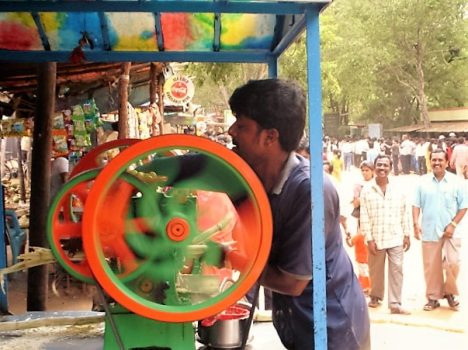 What struck me most peculiar was the popular tradition of Indian men showing their affection and camaraderie for each other by holding hands in public. There are variations – one on one, in a group all chained together hand in hand, or the random pinky hold – but the intent is the same. While this maybe a bit taboo in the west, there are no romantic connotations to this practice. 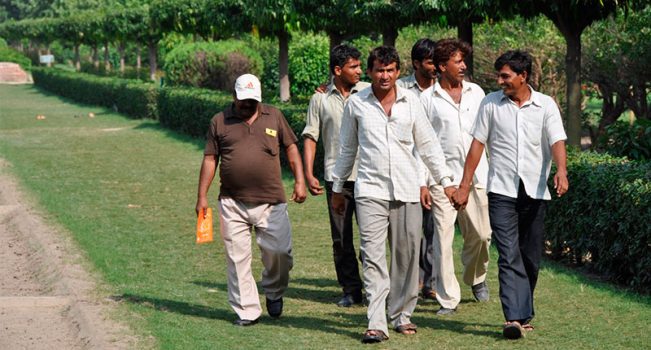 Bangalore seemed to welcome the adage that many hands make for light work. Whether it was laundry, gardening or construction, I observed little or no machinery being used to get everyday jobs done. It was all very hands on, ensuring that there was something to been done by everyone. 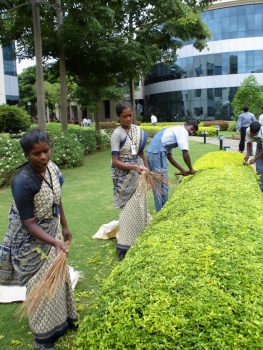 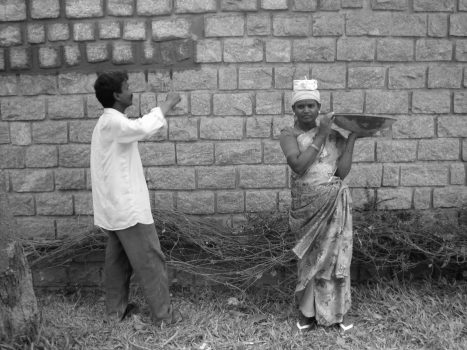 Nothing on this trip was more shockingly memorable than Bangalore’s traffic.

There is popular analogy about rocks, sand and water in jar, where the jar is never really full until every negative space is absolutely filled. That perfectly describes how space is allotted on the roads of Bangalore. Spaces in between big lorries were filled by bus; spaces in between the bus were filled with cars; then came motorbikes, rickshaws, bicycles, and ox drawn carts. But no analogy can prepare you for the horn honking. When you have what seems to be a million cars honking unceasingly in snail pace traffic, you do start to wish that astral travel was a possibility. 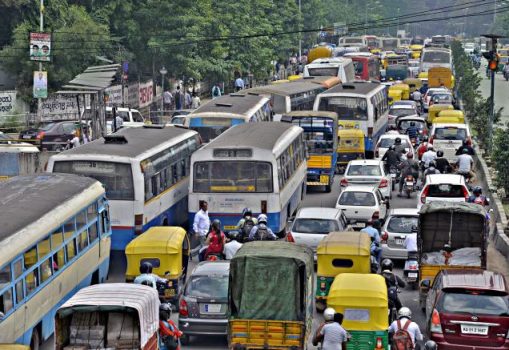 On my last day I paid a visit to the Bangalore zoo, thinking that it would be a relaxing end to my trip. All was going well I noticed people turning around and pointing at me. Some would turn and snicker behind their hands. At first I thought nothing of it, but the unsolicited attention became difficult to ignore.

I decided to investigate. It don’t take long to find out that the reason for the snickering and gawking were my Bermuda shorts. My trousers, stopping just above my knee, were apparently showing way too much skin! Not having tall enough socks to camouflage my fashion indiscretion, I bravely continued my visit, though I did hastily make my way into the awaiting taxi. 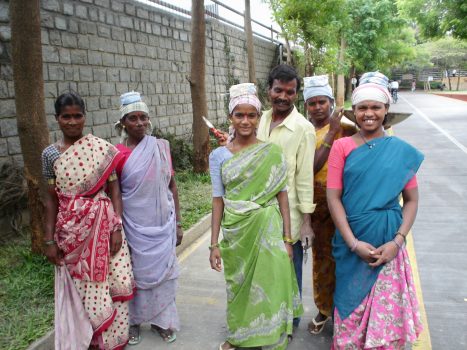 I’m sure there were numerous other minor mishaps that happened during that trip, but these stand out the most. On the up side, I have never missed another flight, dropped my phone in the toilet, or been publicly shunned for wearing bermudas ever again. Let’s chalk this one up to a lesson well learnt! 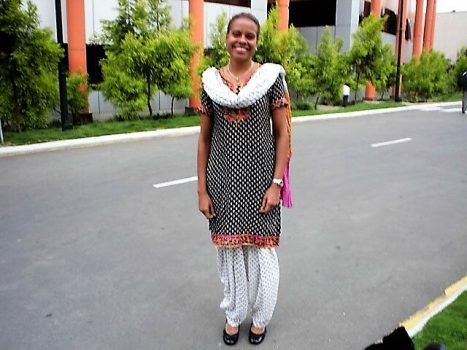