West Indian culture is having a moment. From music to fashion to movies, celebrities and artists from all over the Caribbean are experiencing an unprecedented outpouring of support, interest, and fame all over the world. But for many years, introducing myself as a Trini elicited only images of exotic beaches, good weather, and the sounds of reggae from the people I met, often preceding a customary chorus of ‘oohs and aahs.’ Inquisitive questions and observations often followed: “What language do you speak there?” “What is Trinidad like?” “Oh that accent is so exquisite!”

Most times, people even struggled with placing Trinidad geographically, and ascribed only the often erroneous stereotypes perpetuated by mainstream media to my mentioning my nationality (think Bob Marley, beaches, and Carnival).

So imagine my surprise when during a visit to France, I realised that Trinidadians were quite the celebrities!

Whenever I mentioned where I was from, most people immediately lit up in recognition, and were quick to mention one name. Can you guess which one? 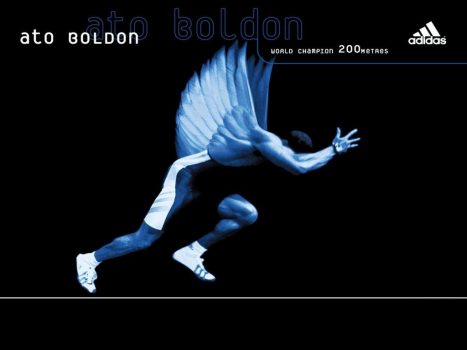 It was our very own world class Olympic medalist  Ato Boldon, who sprinted his way into the spotlight in 2011 with a starring role in an Adidas advertisement that ended up being a hit in France. The ad made such an impact, that even 5 years later he still stands out to many of the French as a champion sprinter.

The next Trinidadian to have taken France by storm (a soca storm, that is) is the formidable and endearing Calypose Rose. Aside from performing to sold out audiences of over 80,000 fans in France, her record Far from home was awarded a ‘Gold Plaque’ for selling 50,000 copies in the country. Touted as the female Bob Marley, Calypso Rose has indeed sung her way into the hearts of the French.

Joining this small but popular cohort is a rather spirited local group called Trinis in France. A steadfast presence on the side-lines, cheering every Trini achievement in France, the group is an association of Trinbagonians living in France founded in 2005 by matriarch Debbie Fort, a vivacious and effervescent Trini to d bone. 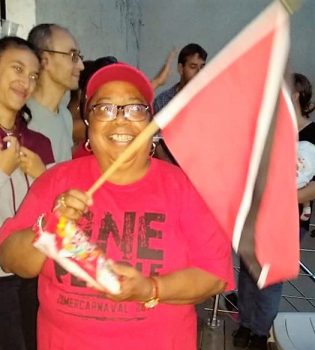 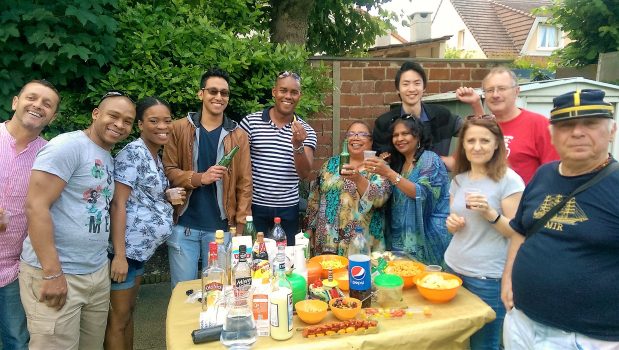 Though the association has a small membership, they are actively in touch with some 500 members of the Caribbean diaspora living in France and Europe. Trinis in France brings together Trinis, their families and friends, and lovers of Trini culture for a host of cultural events, get-togethers, and parties.

I attended one of these soca-blazing, rum-punch sipping, pholourie and saheena-serving events, and it was the most fun I had in France since I had arrived. A mixed group of mostly Trinis, St. Lucians and Martinicans, all happily savoured the opportunity to reminisce, share laughs, let their hair down and connect. These simple but special events satiate the French-Trinidadian diaspora’s nostalgia of home, and a support network for others from the Caribbean. 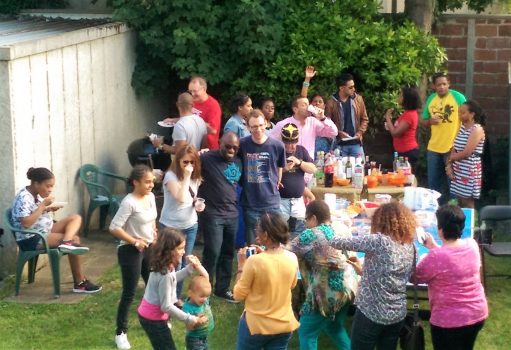 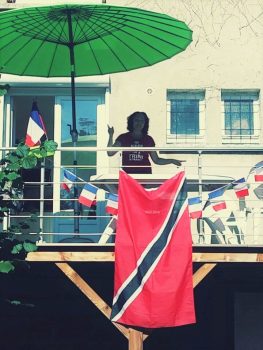 While more of our talented countrymen and women – like Ato Boldon and Calypso Rose – continue to keep the red, black, and white flying high outside our beautiful shores, the members of Trinis in France work behind-the-scenes,  taking up the mantle of on-the-ground ambassadors of Trinidad’s rich and varied culture and lifestyle.