In the weeks leading up to Forward Forty’s first Experience, there were numerous personal decisions  I needed  to make – which  Chef would be our partner, how many tickets were to be sold, what would the opening line of my remarks be – but the one thing I surprisingly  never questioned was who would dress me. From the minute I envisioned Cocktails and Conversations I knew that person would be fashion designer, Meiling.

Despite her own minimalist and understated personal style, it is clear that the Woodbrook based designer has a deep appreciation for the nexus between fashion and art, more importantly having worked with her on other occasions, I have always been struck by how tuned in she is to her client’s needs. It’s never about her but how she can take the idea you bring to her studio  and make it better in a way that perfectly  matches who you are and what you want. The art of listening, I’ve discovered,  is the second best  skill a fashion designer can possess, other than her ability to draw and handcraft a custom piece. Being attentive just allows the creative process to flow seamlessly.

When it comes to fashion, Meiling knows that  I am fearless in my approach to colour, print and volume so at her atelier, when I whipped out a magazine cut out of the Solange Knowles inspiration piece, Meiling  immediately understood the effect I wanted. She selected two types of fabrics that might work and we both agreed on the French crêpe material that would not add more weight to my body.  With a custom made design, Meiling typically does several fittings- at this time you are required to wear the exact same undergarments you intend to have on when you finally take your piece home-  the aim is to ensure  every seam, tuck and fold make proper sense on your body. 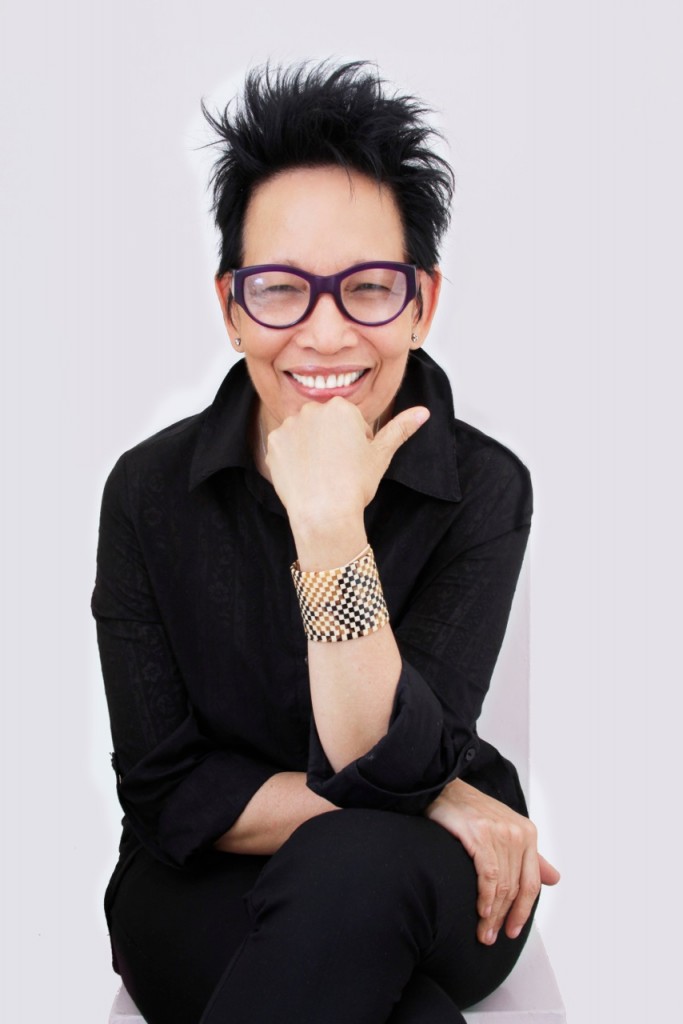 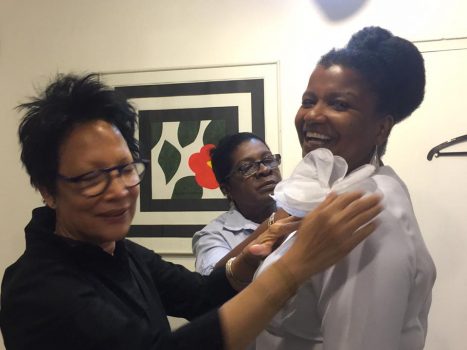 Two weeks later, when Meiling and her trusted assistant zipped me into my crisp, white, French crêpe jumpsuit complete with a cascading bouquet of hand-sewn white flowers lining the neckline and arms, I was stunned when I faced the mirror. I should not have been – this was four fittings later – but  the beauty,  the fit and the ease in which the garment slid over my body was perfect.

I got a lot of compliments about the jumpsuit on the evening that I wore it.  It was extremely comfortable (no spanx or life sucking undergarments  was needed because of the structure and thin lining) and even more beautiful.  Maybe, just maybe, I would have gotten a similar feeling if I bought something off the rack in a clothing store  but on that evening I felt extraordinarily special.

A week later I asked the designer about the process of a couture fitting and if the session is as much fun and creative for her as it is for the client she is dressing, here’s what she said.

1. The woman has to wear the garment: While this may sound basic and very obvious, it is in fact one of the tenants of good fashion. According to Meiling, “there are few things worse than a garment that wears a woman. The woman has to be able to pull off her outfit.” And what determines whether you can carry an outfit? Your spirit. “I knew that we needed someone adventurous, vibrant, and energetic to pull off this voluminous piece,” she added. 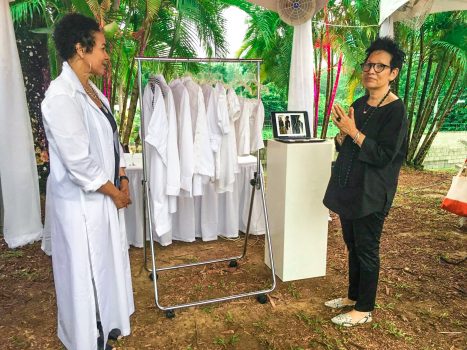 2. Every garment is different: Just as all women are made different, so should each garment. Couture designing takes into consideration what many mainstream fashion houses don’t – the woman’s body. A Meiling creation comes with four fittings, during which the outfit is pruned and cut to fit your curves, accentuate your assets, and hide areas you might not be comfortable with. While the inspiration for this  jumpsuit came from a white Stephane Rolland Spring 2013 couture jumpsuit that fashion icon Solange Knowles wore to the 66th Cannes Film Festival, the final outcome was a wonderful interpretation. In this jumpsuit, Meiling included a simple tuck to create an unbroken line that flattered the waistline, while lengthening the jumpsuit pants to almost floor-length to help elongate the structure. “We didn’t want to put a belt, because there was already so much drama on the outfit. In the end, it was a simple tuck that did the trick,” Meiling added. 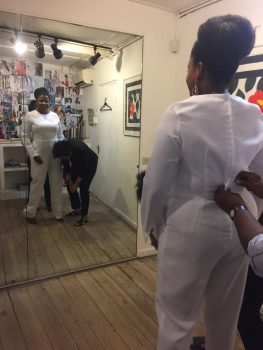 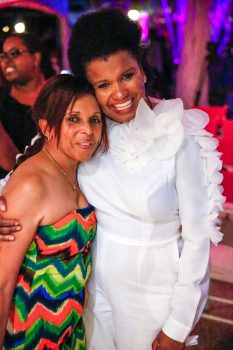 3. Fashion is in the details: Elongated pants and waistline tucks aside, the centrepiece of Meiling’s jumpsuit was the cascade of over 50 flowers that caressed the neckline and outlined the arms. Each flower was hand crafted, and the entire bouquet took two people almost a day to create. To compensate for their volume, Meiling ensured that the rest of the silhouette was streamlined. This included reworking the design to include thinner pants, and form-fitting sleeves. “Each flower also had to be placed strategically and tacked on by hand, so that you could create just the right amount of drama and architecture up top, without making it too distracting,” Meiling said. 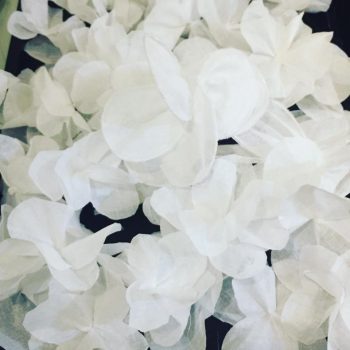 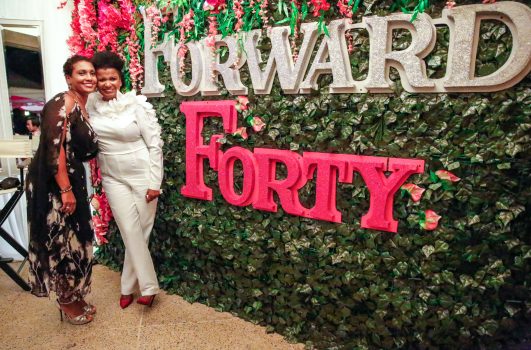 4. Accessorise very carefully: Accent jewellery is important, but how do you accessorise a white jumpsuit that is a statement in itself? “With spirit and a smile,” according to Meiling. I took heed, and paired the jumpsuit with simple diamond studs, a bold ring, and a pop of crimson-coloured footwear. And keeping with Coco Chanel’s timeless words to “look in the mirror and remove one accessory…before you leave the house,”  decided to ditch the bag. 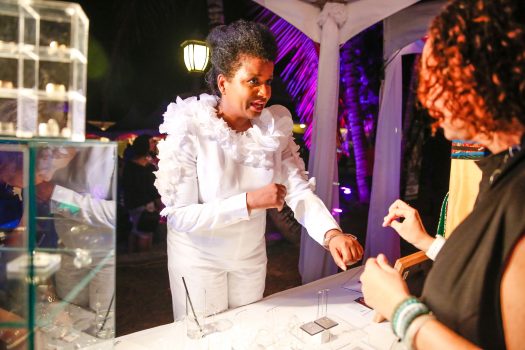 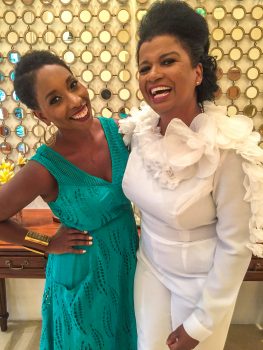