Turning fear into fuel, PR maven creates a lifestyle movement resonating with women of all ages

Home / SUCCESS / I am Having a Moment / Turning fear into fuel, PR maven creates a lifestyle movement resonating with women of all ages

Judette Coward is dancing like no one is watching, eyes closed, arms swaying above her head. Her thick black afro like an exclamation point, she delivers a high-heeled kung-fu kick to a shiny cluster of balloons.

What makes her so happy? Everything. Coward is an explorer whose latest journey is a lifestyle series of videos and blog posts called Forward Forty.

She calls it “love work,’’ and as creator and producer she pours the best of herself into it. The series celebrates women aged 40 and beyond, and tackles just about any topic that resonates with that audience, from how to pack a salad in a jar to how to stop comparing yourself to others.

As Coward puts it, “Forty is not the new 30. Forty is the new forty. Fifty is the new 50. We deny our ages and so we deny the experience that comes with it. Beauty and style and success can happen at any age, and we need to claim it.’’
Forward Forty is a high-energy blend of authentic stories on wellness, fashion, style, food, beauty, and relationships, drawn from Coward’s own experiences and those of women she admires. In a warm, best-girlfriend-pulling-up-a-chair-for-a-chat manner, Coward also confronts those fork-in-the-road issues such as orchestrating a career shift, starting your own business and How to Get Unstuck and Bring Your Dreams to Life.

So FF followers join her in the kitchen as she prepares power smoothies and cashew nut butter. They enter her boudoir as she styles her Afro-textured hair. They meet her on her big lemon couch as she relates how she had to change her workaholic attitude after a health scare (horses were galloping through her chest) and transition to a vegan lifestyle with more time for exercise, meditation and early-morning cups of lemon tea. 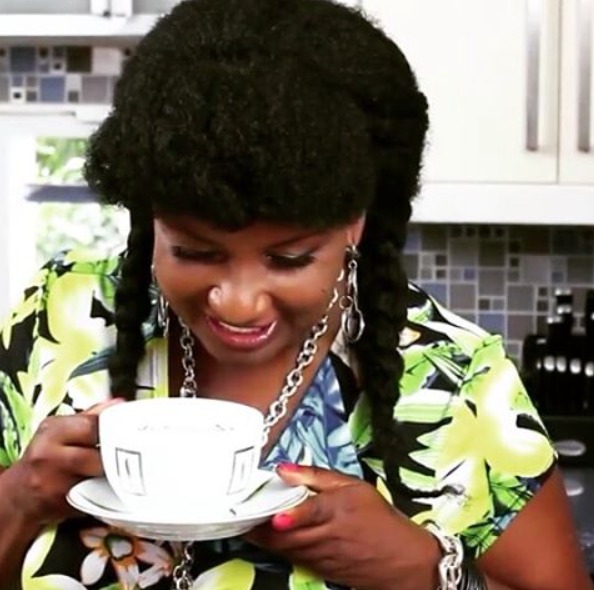 Journalist Nikola Lashley (now living in New York) said Forward Forty enticed her on intellectual and spiritual levels because it helps women claim their “faith in their own lives’’ and navigate crucial points in their lives. “Anything that promotes that is a wonderful thing, because we now live in a world where we are drowning in meaninglessness.’’
Coward is a risk-taker.

In her twenties, she quit her job as a producer at TV6-CCN with nothing more than her reputation, a telephone and a computer, to open Mango Media Communications, a public relations and communications company, which has flourished over the last 16 years, attracting an impressive client listing. Her title is Chief PR Evangelist, which spells out the kind of soulfulness and energy she invests in every project that bears her name.

In her thirties, Coward travelled to Italy where she met a musician who spoke very little English but was smitten by her confident beauty and incandescent smile. They got married and settled into a two-storey house in Central Trinidad. And, as if she were not busy enough, Coward then opened a creative pre-school in Chaguanas called The Mango House, which her twin sister Judy (artist, event planner) now runs.

Now, in her forties, Coward is still living a life of “risk and pursuit.’’ 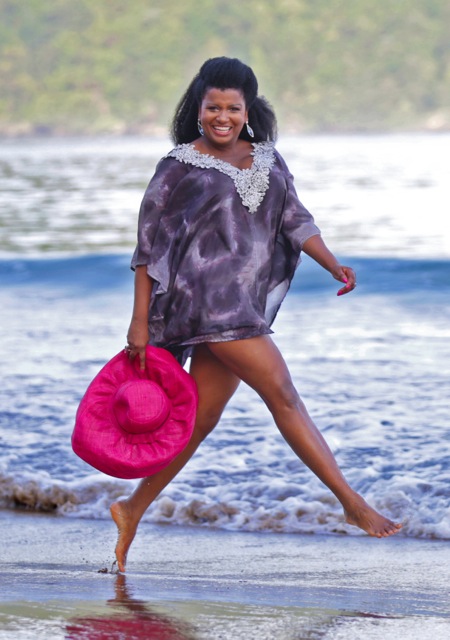 Forward Forty began in March, after a friend in Boston sent her a New York Times article on content creation. Coward filmed a one-and-a-half minute video on her mobile phone in her Woodbrook office, and shared on Mango Media Caribbean’s page. The video, “Living Your Dreams,’’ got 300 likes’’ and more than 50 “shares.’’
The idea gained traction and a community of women, of all ages, sprang up; they were firing questions and giving feedback. Eight months later, more than 50 Forward Forty digital videos had been produced.
“I began thinking, this can be bigger than I thought possible,’’ Coward said. “This is what I want to do, going forward with my life.’’ She hired a videographer, bought new camera equipment, and created a digital editing suite in the loft at her apartment in Glencoe. The new cameras arrived when she was moving out of her marital home and into her new space.

The 10-year marriage had ended.

The pain brought her to her knees (though she and The Ex remain close, and she calls him a “great, amazing guy’’). As she found new, simple ways to bring joy into her life (sipping tea from special china cups, fresh lilies, planting rosemary in her herb garden) she kept on creating stories to share. “I was telling stories at a point where stories were helping me get up from my knees.’’

It’s the awkward moments, the prattfalls, even the embarrassing what-the-fashion-was-I-thinking experiences that Coward is turning into “moments of light,’’ through digital media.

“At 40-plus, are we supposed to know it all and have it all?’’ she said, answering her own question.
“It’s okay to muddle through the confusion. Women at 40, 50, 60 are going through tremendous stuff. That’s what is so powerful. By sharing special moments, we are creating a tribe, a movement. We are pushing out whatever darkness we face with moments of light.’’

The Forward Forty website was  launched earlier this month , with 20 new video stories to be released. It is becoming more than a blog—it is a business model, which has Coward and her team up late at night and working through their weekends.

“Here are all these women with power and opinions and disposable income,’’ Coward explained. “So if I am showcasing the Big, Black Dress [her take on the traditional LBD] women can shop the look or shop the video.” It is lifestyle branding for the digital age. Forward Forty has about 8,000 Facebook fans. “Think of that scaled up, to 20, 30, 100,000 friends through the Caribbean diaspora. We are bringing a powerful voice. If brands and companies want to speak to these women, Forward Forty is the direct conduit.’’

The digital shop will be launched at the end of November.

Coward recognizes her ideas are “big and audacious’’ and she recently experienced a huge wave of self-doubt: “I read that 95,000 new blogs are created every day. What makes me think mine will resonate? I am talking to women about what colour lipstick to wear—is that important? Will people say who does this girl feel she is?’’

Coward turned to friends and believers for ballast, but she already had the answer within her. The Forward Forty movement validates women, “to live life fully—by putting on a great lipstick, by wearing a great hat six different ways, by reading a book, by following a dream.’’

Lashley, her longtime friend, identified one more thing, which makes Forward Forty unique, as an energy source that women get to plug into. It is powered by Coward’s most recognizable quality. “Judette’s optimism is endless,’’ Lashley said. “She really is unstoppable. That enthusiasm is the glue that holds it all together.’’ 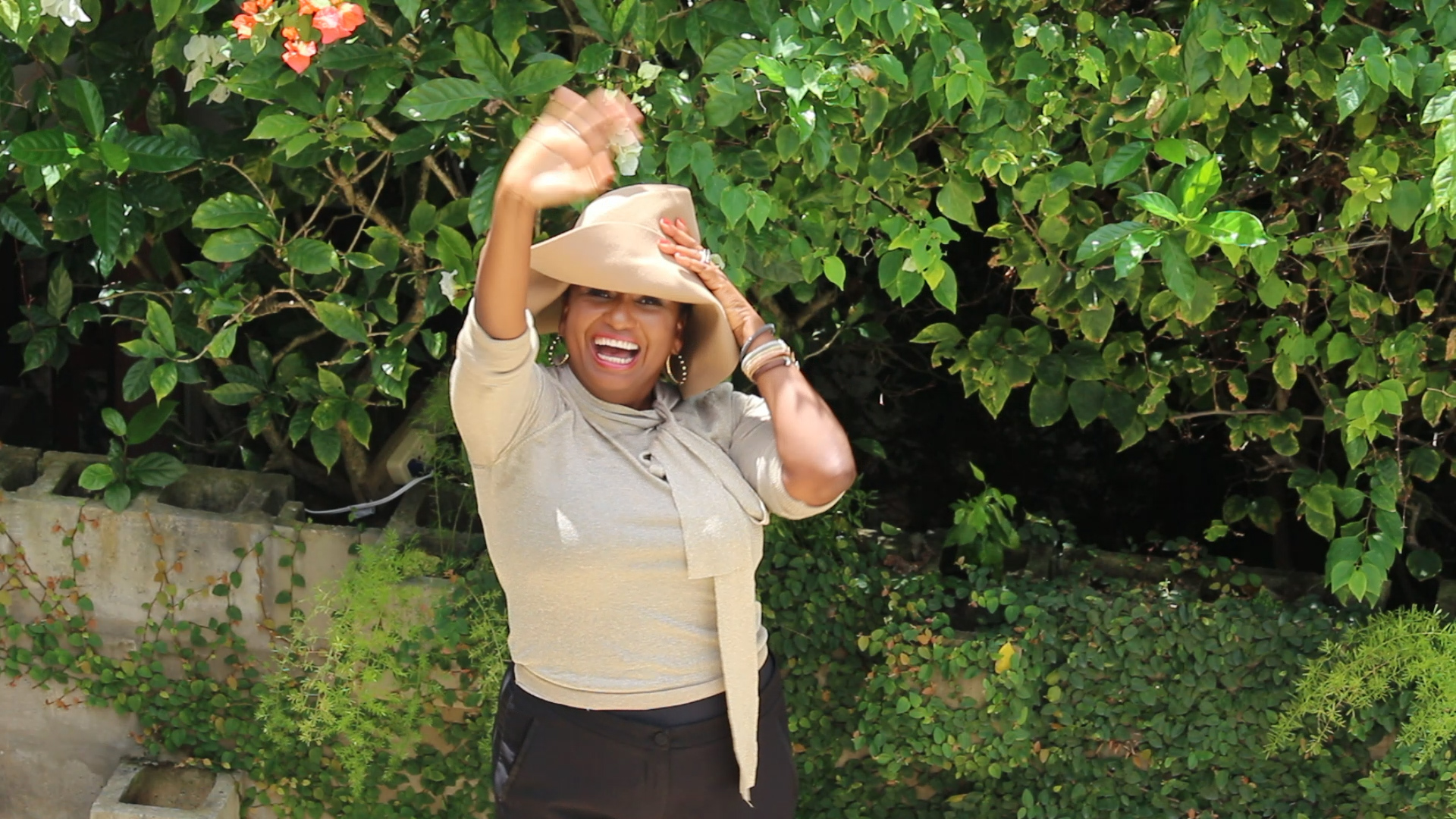